What You Should Do in the Case of a Volcanic Eruption 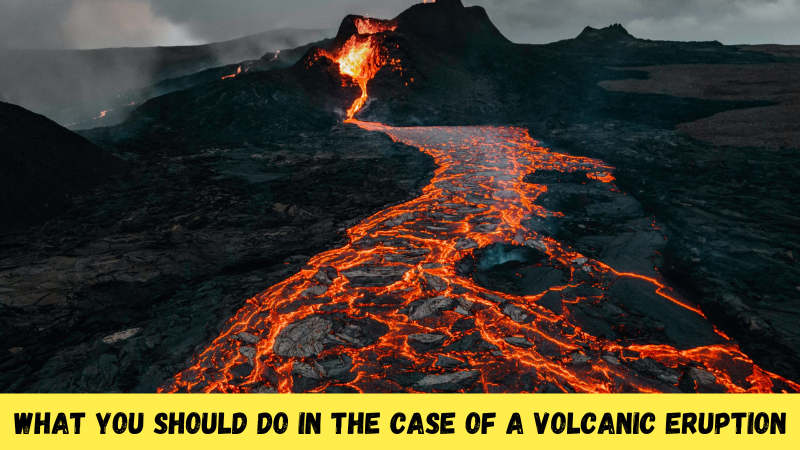 Active volcanoes in the world cause real emotions. When you think of a volcanic eruption, you have cataclysmic visions of lava flooding the city. But is there anything to be afraid of? What is the probability of such an event? What are the dangers of a volcano eruption? And what could be the consequences for mankind?

What is a volcano?

The volcano belongs to the category of geological formations. It may have a structure in the form of channels or cracks in the earth’s crust. Through these channels, hot magma erupts to the surface of the planet. Faithful companions of a volcanic eruption are volcanic ash, vapors of liquids, hot gases, rock fragments.

Basically, all volcanoes are divided into:

They are also divided by form into:

The volcanic apparatus consists of:

A volcanic eruption is the release of any volcanic material, i.e. magma, pyroclastic materials (these are products that are formed as a result of the dispersion of liquid lava and its solidification in air, as well as the dispersion of crushed rocks as a result of eruptions, for example, dust, ash, pumice) or volatile substances (gases and vapours).

Volcanic phenomena occur as a result of the high pressure of matter deep below the Earth’s surface, in the earth’s crust or mantle. Pressure causes solid, liquid, and gaseous volcanic products to rise to the surface. Molten rock mass, or lava, pours out through cracks and holes in the earth’s crust, and volcanic gases and ash are released into the atmosphere.

The course of eruptions and the shape of volcanic cones depend on the pressure of the gases, as well as on the temperature and viscosity of the lava. Volcanoes, from which dense lava comes out, a lot of gases and ash, usually have the shape of tall cones. They give the largest volcanic eruptions. Slow eruptions of lava with little volcanic gas create flat volcanoes.

Why is a volcanic eruption dangerous for humans?

The negative consequences of eruptions include:

People are at risk of contracting infectious diseases, respiratory diseases and burns. People near a volcano at the time of its eruption are exposed to toxic gases that can irritate the eyes, nose and throat, as well as cause headaches, dizziness, swelling and spasms in the throat.

There are many dangerous volcanoes in the world. Some Asian volcanoes are especially dangerous because they create pyroclastic flows during eruptions.

Here we can mention:

The pyroclastic eruption of the last volcano on 8 May 1902 destroyed the island’s capital, Saint-Pierre, killing over 30,000 people. It was the worst volcanic cataclysm of the 20th century. The 19th century saw even more horrific disasters: the 1815 eruption of Mount Tambora on the Indonesian island of Sumbawa, which directly or indirectly contributed to the deaths of 71,000 people. Famous for the eruption of Krakatoa in 1883, which destroyed dozens of villages and killed 36,417 people.

How to survive a volcanic eruption?

Now, if you ask a similar question to someone you know, you can hardly get an exact answer. Unless, of course, your friend is an avid traveler who has been near the volcano at least once. As you know, there are active, dormant and extinct volcanoes. If volcanoes are recognized as dormant or extinct, this does not mean that they are safe. The danger lies in the fact that at any moment volcanic activity may increase, and then the volcano will regain the status of an active one, which threatens with an eruption. Today, everyone wants to make money on something new, and excursions to volcanoes allow you to earn quite good money, and give customers a lot of unforgettable experiences. However, it is worth remembering that the volcano is not a museum exhibit or a wax figure but a sleeping “beast” that is ready to wake up at any moment and have lunch after a long hibernation. So, below are the safety tips for surviving a volcanic eruption.

If the volcano woke up… What to do

People living in the immediate vicinity of volcanoes always have an escape bag ready, filled with water, food and clothing sets in case of evacuation. After receiving a signal about the beginning of the eruption, you should immediately begin preparations. It is worth taking warm clothes, a supply of food and drinking water for about five days. Be sure to prepare gauze bandages for the whole family. During a volcanic eruption, a large amount of acid is released, which reacts with the environment, SO2, and warm clothing will help protect the body from contact with it. As a rule, a volcanic eruption is accompanied by a strong roar and shaking, stones begin to roll down. If it so happened that your company was on the path of these stones, and it is not possible to get out of their path, you should kneel down with your back to the rockfall and cover your head with your hands. If there are small children in the company, then they should be seated in front of you in order to save on possible blows. If a rockfall is nevertheless managed to be avoided, the body, head and face should be protected from possible impacts by stones and ash. For this, any fragments of plywood and cardboard are suitable, and the face should be protected with a piece of cloth or gauze. Often, eruptions are accompanied by strong floods, so you should not approach the banks of rivers, avoid valleys near the volcano, and keep to elevated places.

What to do during a volcanic eruption if you are outside?

No matter how simple and cowardly it may sound, but in this situation this is really the only right decision that can save your life. If there is traffic, get in and leave immediately, while moving against the direction of the wind. After all, if the ashes get under the hood of the car, the engine will stall, and you will have to continue on foot. If you are unlucky, and only your two legs are available from the transport, start moving perpendicular to the flow. There is evidence that the speed of lava movement is about 40 km / h, so there is still a chance to escape. You need to get as far away from the volcano as possible, and you should not stop nearby, as the pouring of lava can spread over very long distances. If any crevice has appeared along the way, it is worth trying to use it. She can direct the flow of lava in a different direction, and it can save your life. During an eruption, such a phenomenon as volcanic bombs is possible. If you have witnessed such a phenomenon in an open area, then you should turn your face to the flying bombs and dodge them. They do not explode in the air, only when they hit the ground, so dodging is worth it if you are absolutely sure that the bomb is flying straight at you.

What to do during a volcanic eruption if you are at home?

If you still failed to escape, and you are at home or in some other room, you should immediately close all windows, doors and ventilation openings. This will prevent caustic smoke and gas from getting inside. Some of the gases are colorless and odorless, but they are heavier than air, so they do not accumulate under the ceiling, but directly above the floor. You should prepare an escape bag, put on a gauze bandage and go up to the very last floor in the building. Do not squat, do not lie down on the floor, you can only stand on your feet. The reason is all in the same gases that can simply poison.

What to do after a volcanic eruption?

After a volcanic eruption, you should not immediately return to your home. This can be done only after a corresponding message from the emergency services. It may take about two weeks. When you come home, do not open the windows for about fourteen days. Approximately so much time is needed for the ashes to settle. Next, it is worth moving to the roof and cleaning it of ashes in order to avoid overload and collapse. It is also necessary to clean the roof within two weeks. It is clear that during a volcanic eruption, the number of victims is not even tens but sometimes hundreds and thousands, and no matter how pessimistic it may sound, none of us is immune from falling into the number of “lucky ones”. However, having the necessary information, there are chances to save yourself and your family.

You can talk a lot about what volcanoes are and what their role is in the life of the planet. Only two facts remain undoubted: the volcano is a very beautiful and at the same time extremely dangerous natural phenomenon for all living things. In fact, this is a huge “powder keg”, ready to explode at any moment for no apparent reason.

Preparing for a volcanic eruption

Preparation for a volcanic eruption is necessary in two cases:

The main rule of preparation is awareness. Be always in touch to receive notification of the beginning of the eruption. If such a warning is received, then:

Be ready to leave the danger zone immediately if the special services require you to do so. Most importantly, don’t panic. This is easier said than done, but in most cases it is panic that causes death – not only of the alarmist but also of his relatives and those around such a person.

What actions should be done during a volcanic eruption?

If the eruption caught you on the way:

What you need to know about volcanic eruptions

What to do after a volcanic eruption

The main fact about volcanoes

If someone tells you that “this volcano is not active”, do not believe it. Any “most sleeping” and “long-dead” volcano can suddenly wake up.

So be prepared for an eruption. View a map of active volcanoes online.